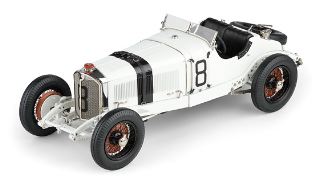 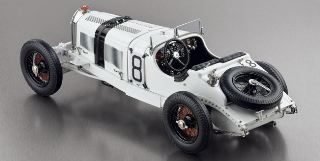 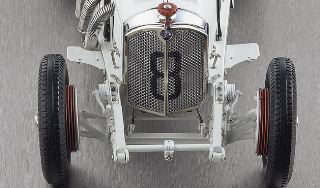 One manufacturer dominated the racing scene from the mid to the late 1920â€™s, and even in 1931. That manufacturer was Mercedes-Benz with its legendary supercharged models from the SSK series. The race cars of that period proved their performance in a variety of races. The Mercedes-Benz racers were called the â€śWhite Elephantsâ€ť because of their overwhelming power and great size.

1931 became a very special year for the talented driver Rudolf Caracciola and his SSK. The Mercedes-Benz factory in UntertĂĽrkheim only provided limited support because of the worldwide economic crisis. In spite of that, Rudolf Caracciola, with his lightweight SSKL, achieved two sensational victories in 1931. Caracciolaâ€™s greatest victory was undoubtedly the Mille Miglia on April 12-13, 1931. Soon after, the public was treated to his next triumph in a Mercedes SSKL. On July 19, Caracciola and his â€śWhite Elephantâ€ť achieved victory in the Grand Prix of Germany. The race was held at the legendary Nordschleife of the NĂĽrburgring, also called the â€śGreen Hell.â€ť The drivers had to master 22 laps, a challenge of 501.8 km. â€śCaratschâ€ť and his co-pilot Wilhelm Sebastian covered that distance in only 4 hours, 38 minutes, and 10 seconds, with an average speed of 108.3 km/h

That's how the victor of the GP of Germany 1931 looked. Rudolf Caracciola and his winning Mercedes-Benz SSKL, also known as the strong â€śWhite Elephantâ€ť. A perfect alliance of man and machine became a truly â€śdynamic duoâ€ť. CMC has recreated this victorious race car, with starting number 8, true to the original. This most impressive model is limited to 4,000 pieces worldwide. 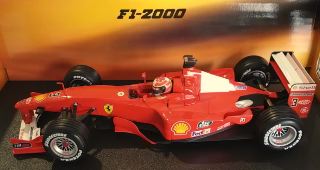 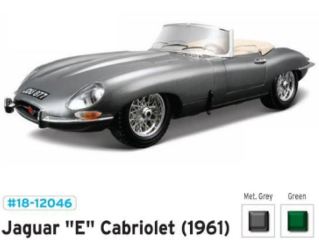 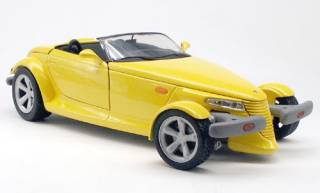