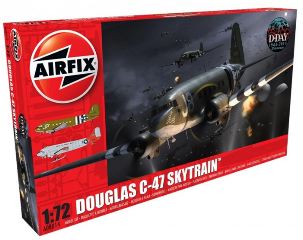 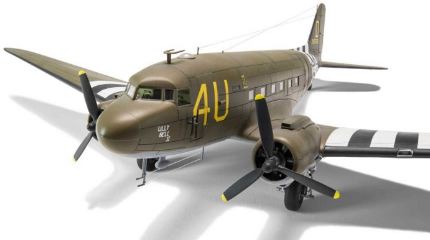 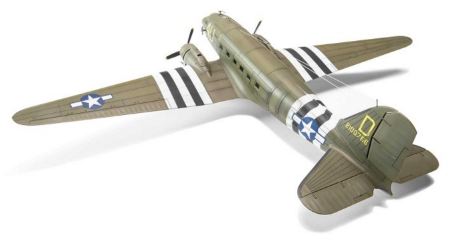 
Described by General Eisenhower as one of the four weapons that helped the Allies to win the Second World War, the Douglas DC3 and its military variant the C47 Skytrain (called Dakota in RAF service) has since gone on to be an instantly recognizable symbol of both air travel and the liberation of occupied lands that so characterized the Second World War.

Developed from the purely civilian Douglas DC2, the DC3 first flew in 1935 with the military C47 following suit in late 1941, shortly after the Japanese attack on Pearl Harbour. When it entered airline service in the late 1930s the DC3 revolutionized air transport, enabling journey times across the United States to be drastically reduced. Today, even approaching 80 years after its first flight, hundreds of DC3s and C47s remain in service throughout the world, its reliability and ability to deliver payload and passengers ensuring its longevity.

But it was as the C47 that the design truly found its calling. Instrumental in the invasion of France in 1944, the C47 dropped not only thousands of troops throughout the war but also delivered hundreds of thousands of tons of supplies, much needed by both troops and besieged civilian populations. Serving in the West with both the RAF and the USAAF as well as licence built examples serving in Russia with the Soviets, the C47 was even to be found in the Far East, undertaking perilous supply missions to China, flying over ‘the hump’ of the Himalayas. It was even used to deliver vehicles such as Jeeps to forward bases. After the war ended the C47 continued to serve as a supply aircraft throughout the Berlin airlift as well as undertaking dangerous roles in the Arctic Circle, equipped with ski undercarriages. C47s even saw service during the Vietnam War as a gunship, nicknamed ‘Puff the Magic Dragon’. C47s continue in service with some air arms even today, with many being up-engined to Turbo-prop power plants.

Airfix would like to thank Aces High Aviation for their assistance with this project. Please visit www.aceshigh-aviation.com for more information 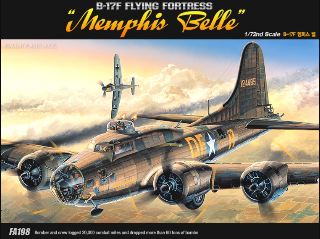 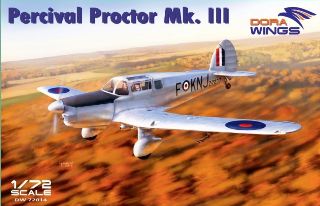 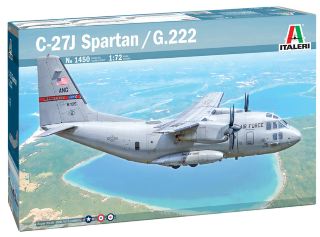